You ever see Aaron Judge smash a home run and say to yourself, “Wow, that swing just reminds me of Keisha Phillips!”  Well, you’re in luck.  Here are my top 10 Backyard Baseball players along with their carbon copies currently playing in the MLB.  Each Backyard Sports character’s attributes will be listed at the bottom of the article. 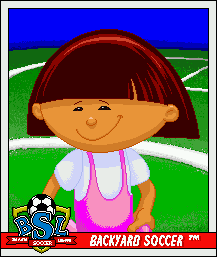 Vicki Kawaguchi is often overshadowed by her wheelchair-bound brother Kenny.  But Vicki has two things that Kenny doesn’t have: fielding and functional legs.  Her combination of speed and defensive prowess in the outfield matches speedster Billy Hamilton.  You can also kinda see a similarity in the face–okay, maybe not. 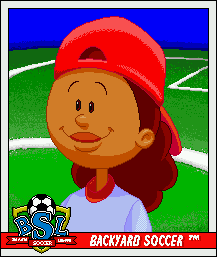 Stephanie “Bubbles” Morgan looks the part.  She never takes off her baseball cap and mitt–even wearing it while playing other sports like soccer and football.  Her all-around skills give off vibes of Cleveland Indians star Francisco Lindor.  Morgan claims that her father played in the minor leagues and thus inspired her passion for the game.  Similarly, Lindor’s father worked day after day with his son serving up grounders and batting practice. 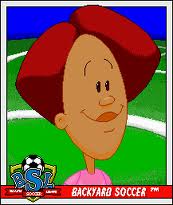 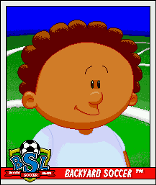 Mikey “Nugget” Thomas’ eyes might be one millimeter apart, but his power cannot be overlooked.  Thomas and Pablo Sanchez are the only Backyard characters on this list with a perfect 10 batting rating.  Arenado’s power is just as apparent, but his defensive prowess on the corner is also surprisingly comparable to Thomas. 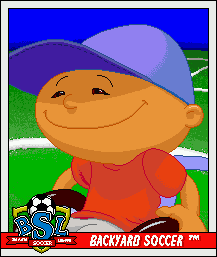 If you drafted Kenny Kawaguchi and didn’t immediately dub him as your all-time pitcher, then I would question your judgment.  Kenny’s arms are gigantic due to constantly lugging around that wheelchair, and his stuff on the mound was filthy.  Enter Blue Jay Marcus Stroman.  While Stroman doesn’t roll around in a wheelchair, Stroman has an elite presence on the mound, and Stroman’s dad definitely has Kawaguchi’s arms.  These two flamethrowers even share a similar smirk in their photos. 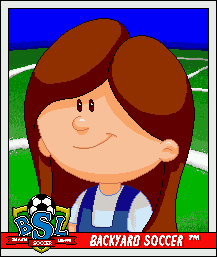 Often overshadowed by her slick-haired brother Tony, Angela Delvecchio boasts what Tony has very little of–talent.  Delvecchio is actually the best pitcher in the game, and boy does she come up clutch just like San Francisco’s own Madison Bumgarner.  Along with their dominance on the mound, both Delvecchio (8 in batting) and Bumgarner (16 career homeruns) are surprisingly good batters. 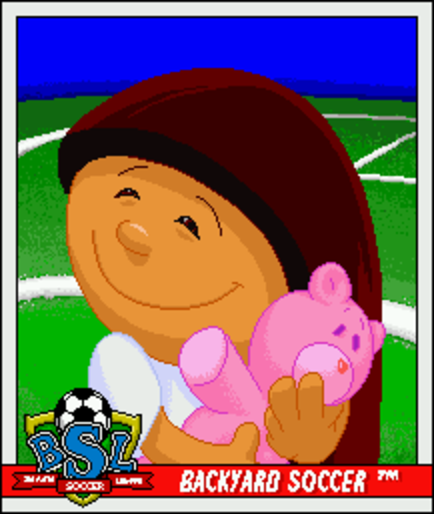 Try to compare Luanne Lui to just one player.  It is impossible.  Luanne is the youngest player in the Backyard league, but her combination of speed on the base paths and deadly fireballs from the mound are unparalleled.  Kershaw is the most dominant pitcher in the league right now, and Buxton might be the second fastest behind Billy Hamilton.  I can only assume that both Kershaw and Buxton could still compete in the MLB while holding on to Luanne’s iconic pink teddy bear. 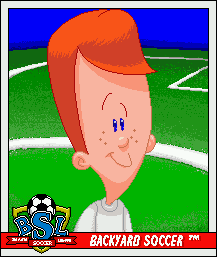 Pete Wheeler may go down as the fastest video game character of all-time.  Don’t let his ginger comb over fool you, Pete can straight up fly on the base paths and has possibly the greatest range of any outfielder in Backyard history.  Put Wheeler in center field, and you won’t even need any other outfielders.  Dee Gordon can just about match Wheeler’s speed on the bases, but their abilities to hit for a high average is really what links these two.  In April of 2016, Gordon was banned 80 games for a performance-enhancing drug violation.  The Backyard Baseball league is still waiting to hear back on Pete’s urine sample. 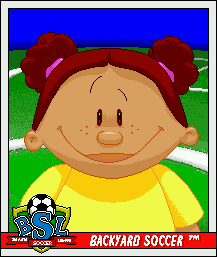 Give either of these players a chance at the plate with the coveted “Aluminum Power” power-up, and you can kiss that baseball goodbye.  Phillips’ sheer brute force at the plate is just unfair.  The same can be said about Stanton.  He currently leads the MLB in home runs with 37 holding off New York Yankees rookie Aaron Judge.  One thing that Phillips has that Stanton lacks?  Surprising speed on the bases.  Keisha is a 9 in running while Stanton only has 1 stolen base on the year.  Don’t let the love handles fool ya, before you know it, Phillips will have stolen second base.

You should have seen this coming.  Pablo Sanchez will not only go down as the best Backyard Baseball character of all-time, he will go down as the greatest ATHLETE of all-time.  Pablo may be the most overpowered video game character this world has ever seen, and if you didn’t select him with the first pick, I would question why you are even playing this game.  Mike Trout is the MLB equivalent of a cheat code.  Trout continues to amaze year after year with an outrageous WAR and just consistent production.  This year marked the first time Trout has spent on the DL, and in his return, he has done nothing but continue to turn heads and give his struggling team a chance.  Unfortunately for Trout, he doesn’t also dominate on the mound like Pablo ¯\_(ツ)_/¯.